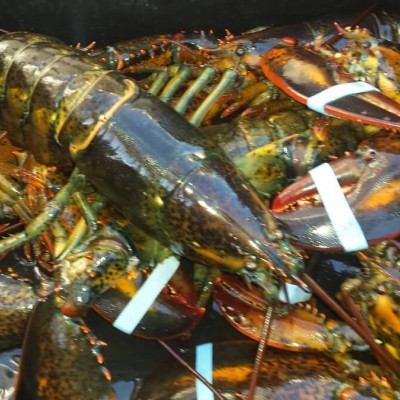 Working to Stay on the Water and Protect Whales 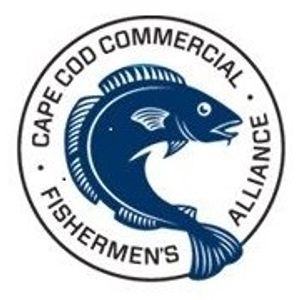 When more than 1400 people logged onto a virtual event the New England Aquarium hosted to discuss the documentary “Entangled,” focusing on the plight and politics of the right whale, there was one overriding question:

“Do you think the lobster fishery and right whales can co-exist?”

Panelist Rob Martin, a lobsterman out of Sandwich, said he has been working for the past seven years to make sure they can. He has engaged with researchers from the aquarium and elsewhere on gear changes, everything from break-away lines (in addition to those already required by law) to ropeless gear – using technology to locate underwater traps and “pop up” buoys eliminating the need for vertical lines and buoys stretching to the surface.

“I want to solve the problem. I don’t want to put a band aid on it. There are a lot of us trying to do the right thing. We’ve been using the best available science,” he said. “I have been lobstering for 40 years and I want to keep going.”

Maybe not another 40 years, he said laughing, but there needs to be a next generation.

“It’s imperative that both right whales and the lobster fishery not only co-exist, but flourish,” she said.

They also share opinions on ropeless gear. Martin is part of a group that has been experimenting with the technology. For the past several years he has worked with four different companies.

He thinks relying on remote acoustics to retrieve traps may be important in the future, but there is more work to be done.

Fuller agreed, telling the audience gathered on an early December evening that other protections need to be used now.

“I’m not certain the technology is there for this one,” she said.

But even though there is agreement between industry members and conservation groups, CLF filed a lawsuit the following day. The suit puts businesses, not just lobster businesses like Martin’s but gillnetters, conch fishermen and those who “pot” for black sea bass, in jeopardy.

The petition, filed under the Marine Mammal Protection Act, said that the National Marine Fisheries Service should take “immediate emergency action” to close large areas to pots and traps and gillnet fishing including Massachusetts and Cape Cod Bays. More than 7,000 square miles have already been closed for up to five months a year, but the suit calls for longer closures and bigger areas.

This follows on an earlier demand that National Marine Fisheries Service should come up with more stringent regulations.

Fuller explained the reasoning. She said federal regulators hadn’t put more protections on the water since 2017 and more than 30 whales have died – though not all of those were in the United States and not all were from entanglements. Even so, the federal government has “utterly failed,” she said.

“The role of lawsuits is to force long-term protections that otherwise aren’t coming,” Fuller added.

Regulations, which some called far-reaching and a huge step, had been negotiated at the federal level in 2019. The impetus was data from researchers that 86.1 percent of right whales have been entangled at least once, with more than half of them entangled twice or more, some as many as eight times.

David Abel, a reporter for the Boston Globe and director of “Entangled,” had thought enacting those regulations would be the final scene in his movie.

The Atlantic Large Whale Take Reduction Team, made up of industry members, conservation groups, state and federal officials from Maine to Florida, had agreed on major protections including cutting the number of buoy lines by half, which researchers estimated would reduce entanglements by 60 to 80 percent.

All but one of the TRT members voted for the “historic” proposal, Abel said.

Martin, who is in the film and on the team, voted yes. But then things shifted dramatically, as the film chronicles. Maine lobstermen backed out, saying the changes would destroy their industry, and that there are few if any documented deaths of right whales from Maine lobster gear. They were backed by the state’s governor and virtually all their elected officials.

So the movement stalled.

A lawsuit was then filed by Conservation Law Foundation and others to force the feds to come up with regulations by May 21. Abel said those regulations are said to exist, but after more than a year no one has seen them.

They are in a regulatory “black hole,” he said. (About a month after Abel’s comments – yesterday, Dec. 30 – NOAA released the proposed rule and draft environmental impact statement “to modify the Atlantic Large Whale Take Reduction Plan to reduce risk of commercial fisheries to the North Atlantic right whale and other Atlantic large whales.”)

Meanwhile the Massachusetts Division of Marine Fisheries recently held hearing on changes to regulations which would affect about 800 lobstermen who fish in state waters.

Some lobstermen estimate that the changes, particularly additional closures, would cause a 20- to 30-percent reduction in total value of yearly landings. Since many in the lobster fishery are operating on slim margins, that could push some out of business. Still many lobstermen are preparing and have not spoken out against the changes. The expense is a concern, although state officials have said some of the gear modifications would be state funded.

Abel has noted that unlike the agricultural sector, fisheries do not receive much federal aid to redo operations.

Some hope the recently passed SAVE Right Whales act will provide funds necessary for lobstermen to change their lines for ropeless gear if it becomes feasible, although it is still unclear if ropeless gear is even permitted, Abel said.

He has been interested in climate change for years and has reported on its effects on cod in a documentary called “Sacred Cod,” and on lobsters in “Lobster Wars.” He then read in a United Nations study that the earth could lose a million species by the end of the century because of climate change. The number was so huge that he didn’t know how to put it in perspective. He said that he thought he would tell the tale by focusing on the North Atlantic Right Whale.

Climate change was shifting the location of the whales’ food source, so migration patterns put whales in places they had not been before – and likely led to the death of 12 in Canada’s Gulf of Saint Lawrence in 2017.

The planned fisheries regulations will not address climate change.